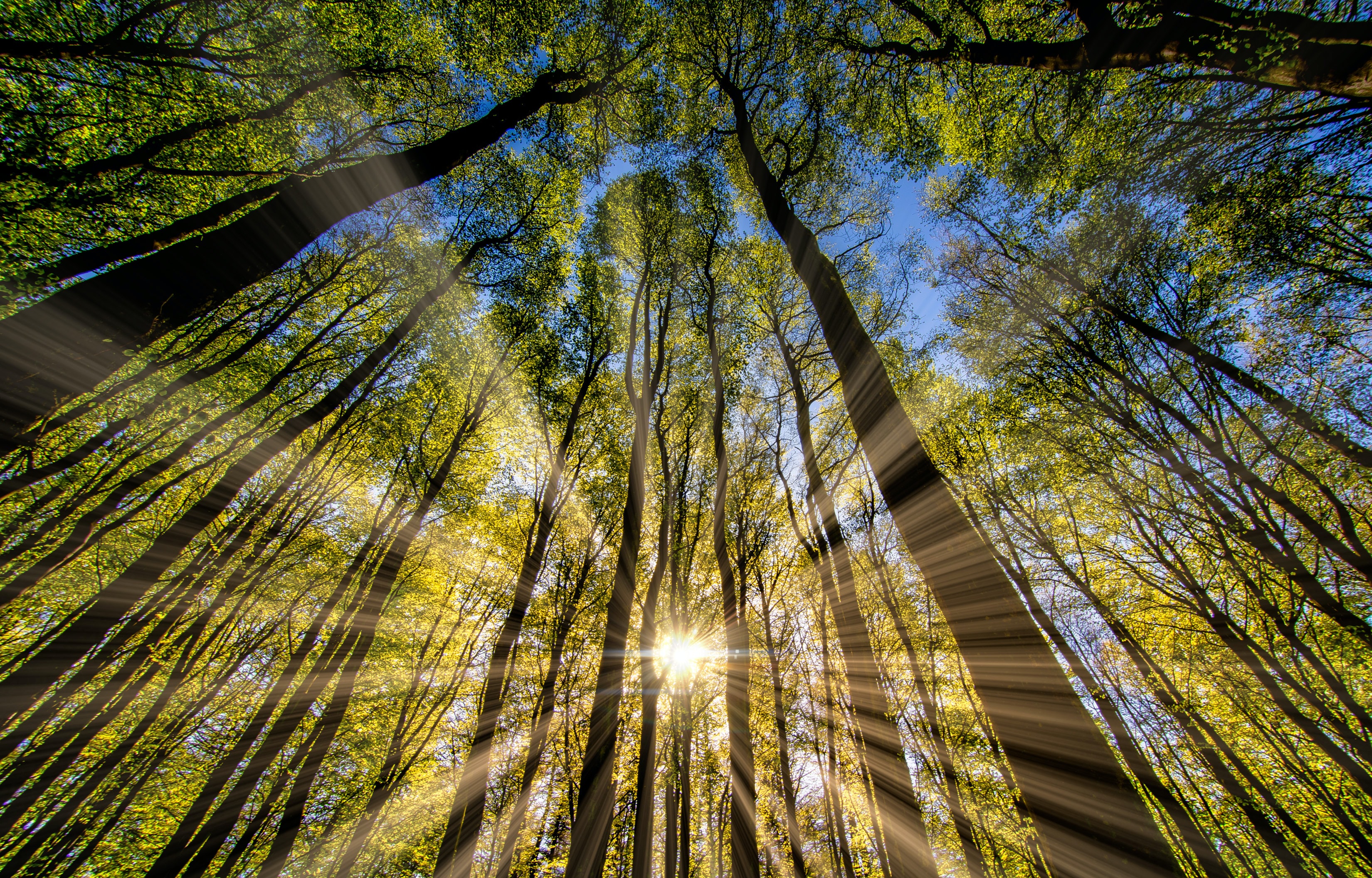 USC Viterbi chemical engineers are developing an environmentally friendly way to upcycle carbon dioxide emissions into polymers and other materials, with some help from a high school student researcher.

She aims to change that.

Recently published in the Journal of Physical Chemistry A, Sharada and a team of researchers at the USC Viterbi School of Engineering seek to break CO2 apart and convert the greenhouse gas into useful materials like fuels or consumer products ranging from pharmaceuticals to polymers.

Typically, this process requires a tremendous amount of energy. However, in the first computational study of its kind, Sharada and her team enlisted a more sustainable ally: the sun.

Specifically, they demonstrated that ultraviolet (UV) light could be very effective in exciting an organic molecule, oligophenylene. Upon exposure to UV, oligophenylene becomes a negatively charged "anion," readily transferring electrons to the nearest molecule, such as CO2 -- thereby making the CO2 reactive and able to be reduced and converted into things like plastics, drugs or even furniture.

"CO2 is notoriously hard to reduce, which is why it lives for decades in the atmosphere," Sharada said. "But this negatively charged anion is capable of reducing even something as stable as CO2, which is why it's promising and why we are studying it."

The rapidly growing concentration of carbon dioxide in the earth's atmosphere is one of the most urgent issues humanity must address to avoid a climate catastrophe.

Since the start of the industrial age, humans have increased atmospheric CO2 by 45%, through the burning of fossil fuels and other emissions. As a result, average global temperatures are now two degrees Celsius warmer than the pre-industrial era. Thanks to greenhouse gases like CO2, the heat from the sun is remaining trapped in our atmosphere, warming our planet.

The research team from the Mork Family Department of Chemical Engineering and Materials Science was led by third year Ph.D. student Kareesa Kron, supervised by Sharada, a WISE Gabilan Assistant Professor. The work was co-authored by Samantha J. Gomez from Francisco Bravo Medical Magnet High School, who has been part of the USC Young Researchers Program, allowing high school students from underrepresented areas to take part in STEM research.

Many research teams are looking at methods to convert CO2 that has been captured from emissions into fuels or carbon-based feedstocks for consumer products ranging from pharmaceuticals to polymers.

The process traditionally uses either heat or electricity along with a catalyst to speed up CO2 conversion into products. However, many of these methods are often energy intensive, which is not ideal for a process aiming to reduce environmental impacts. Using sunlight instead to excite the catalyst molecule is attractive because it is energy efficient and sustainable.

"Most other ways to do this involve using metal-based chemicals, and those metals are rare earth metals," said Sharada. "They can be expensive, they are hard to find and they can potentially be toxic."

Sharada said the alternative is to use carbon-based organic catalysts for carrying out this light-assisted conversion. However, this method presents challenges of its own, which the research team aims to address. The team uses quantum chemistry simulations to understand how electrons move between the catalyst and CO2 to identify the most viable catalysts for this reaction.

Sharada said the work was the first computational study of its kind, in that researchers had not previously examined the underlying mechanism of moving an electron from an organic molecule like oligophenylene to CO2. The team found that they can carry out systematic modifications to the oligophenylene catalyst, by adding groups of atoms that impart specific properties when bonded to molecules, that tend to push electrons towards the center of the catalyst, to speed up the reaction.

Despite the challenges, Sharada is excited about the opportunities for her team.

"One of those challenges is that, yes, they can harness radiation, but very little of it is in the visible region, where you can shine light on it in order for the reaction to occur," said Sharada. "Typically, you need a UV lamp to make it happen."

Sharada said that the team is now exploring catalyst design strategies that not only lead to high reaction rates but also allow for the molecule to be excited by visible light, using both quantum chemistry and genetic algorithms.

Gomez was a senior at the Bravo Medical Magnet school at the time she took part in the USC Young Researchers Program over the summer, working in Sharada's lab. She was directly mentored and trained in theory and simulations by Kron. Sharada said Gomez's contributions were so impressive that the team agreed she deserved an authorship on the paper.

Gomez said that she enjoyed the opportunity to work on important research contributing to environmental sustainability. She said her role involved conducting computational research, calculating which structures were able to significantly reduce CO2.

"Traditionally we are shown that research comes from labs where you have to wear lab coats and work with hazardous chemicals," Gomez said. "I enjoyed that every day I was always learning new things about research that I didn't know could be done simply through computer programs."

"The first-hand experience that I gained was simply the best that I could've asked for, since it allowed me to explore my interest in the chemical engineering field and see how there are many ways that life-saving research can be achieved," Gomez said.